This year was the first year that the core team were all in the same place, and it was about as monumental as you’d expect.

I met up with carbon and samurai at the airport on thursday night and headed straight to the rio. After not being let into the pool party for not having badges (that we missed by scant minutes) we headed back to the bar and met up with some more psych0tik peeps. I’ve gotta say that when samurai and I cooked up this hairbrained scheme all those years ago, the absolute last thing I expected was to be meeting a bunch of people in vegas as a result of it. I was blown away.

After more than a couple of beers we staggered back to our hotel, talked some shit and crashed for the evening. Friday morning we badged up and checked out some talks. I wasted a ton of time picking up swag too, because Fuck Logic (which I think had pretty much become my catch phrase by the end of the weekend. Despite DEF CON being almost entirely populated by people at the top of their game I saw some downright retarded shit go down).

The badges this year were an interesting beast, an 8 core creation from Parallax that runs a bytecode format derived from a strange amalgamation of python, C and ASM. I had a riot with the badge and in some ways was disappointed that I was keen to do other things with the con, as I could have quite happily spent the whole time on the badge puzzle.

On the talk front, I only caught a couple of truly inspirational ones, but the highlight for me was definitely Anch and Omega from DCG Dark, who are planning to build a Darknet of Things over 6LoWPAN, with a view to building a massively fault tolerant sensor network, but they seem interested in making this technology general enough that it can reasonably be bolted to anything.

Given my fondness for bolting things to other things, I bought a couple of their prototype McMotes and scurried away. I’m already concocting plans involving my motes and my raspberry pi’s. It’s probably also worth pointing out that their talk was in a smallish room, at a slightly awkward time, but they managed to not only fill but have people standing in the halls of their Q&A session. To say that they made a splash would be a massive understatement.

I also really enjoyed Rodrigo Branco, Sergey Bratus and James Oakley’s talk on exploting the eh stack of libdwarf’s exception handling implementation. It’s been something that I’ve thought about and heard talked about for a long time, but up until now I’ve not seen a robust proof of concept that really made it look like a usable attack vector. At time of writing it appears that their paper is still unpublished, but I’m looking forward to reading it.

Sadly this year we didn’t make it to Haufbraus, which is made worse by how awesome I’m told it is. It’s definitely on the cards for next year.

The afterparty was a unique beast, not least because I finally gave into all the people mistaking me for Moxie and ran with it. While I haven’t decided whether this constitutes man in the middle or social engineering, I know for sure that it makes for a good time. Thanks to all who bought me beers. From the freak show it was obviously time to not make it into a night club and instead go for a precarious jaunt through what was almost certainly the crypts underpinning a casino. Pants shittingly terrified doesn’t quite cover it.

Enough words though. On with the pictures 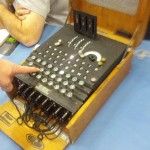 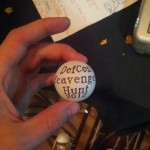 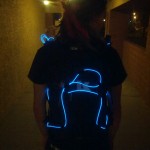 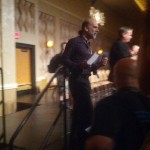 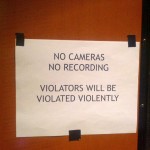 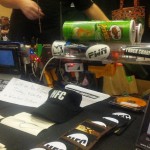 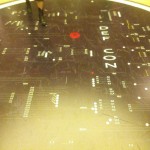 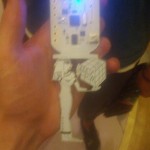 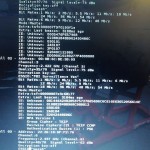 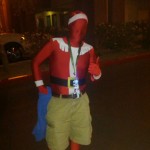 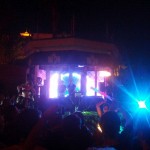 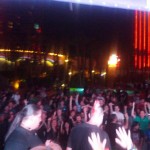 I enjoy exploring interesting concepts in weird languages. I also like hacking on all of the things.
View all posts by richo →
This entry was posted in Reviews and tagged Defcon, road trip. Bookmark the permalink.